I'm still busy with the plug and sometimes it feels as if I will never finish it. But to keep you updated and to give me a feeling of progress I post some pictures of the plug as it is by now. There still is a lot to be done but at least the shape is clear by now. 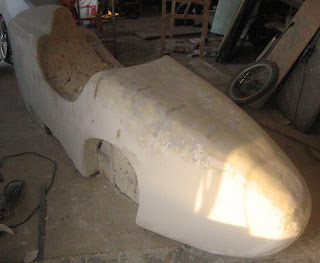 I'm still busy with the plug for my paper molds. But to lighten up the hard work I've experimented with paper and card board to produce the paper version of the already known mirror caps. They come in all colors as long as it is paper color. They are made waterproof with clear lacquer paint and every piece is hand made to the bone. As their plastic cousins these are as well fitted to the well known B&M 60mm mirrors. 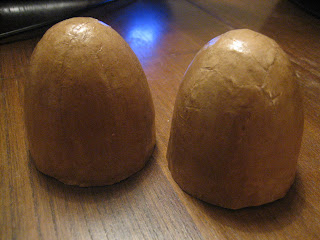 These beauty's are yours for €20,00 per piece without mirror and will be hand made on your order. 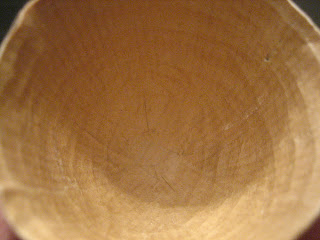 Feel free to ask for specials. I will try my very best to make your unique paper mirror caps even more unique by applying your very own paper design.

The Vrijwiel willl join the Bakfietstreffen 2013 in Nijmegen. So if you want to have a closer look, meet us there!

Here is the press release:


On Sunday 7 April the organisations ‘Op vuur en vlam’ and Fietsdiensten.nl
are organizing an event around carrier cycles, called Bakfiets Treffen 2013, in
cooperation with the Sports Entrepreneurs’ Bureau of the HAN (Hogeschool Arnhem
Nijmegen). This event will be held at the Cultuurspinnerij de Vasim’s open day and
will start at 1PM. Individuals and companies with our without carrier bicycle are more
than welcome to join.

The event will be an informal gathering with music, good food and all sorts of
activities related to the Vasim’s open day. Hans Kooijman will present the Pizza oven
carrier bicycle (Il Forno Mobile) as well as a few other ‘culinary carrier bikes’.

Several producers and dealers of carrier bicycles will present their products at a fair,
where visitors are given the opportunity to test the bicycles. A number of private
initiatives for home-built or restored carrier bicycles will further be presented. We
are expecting bicycles from Bakfiets.nl, Urban Arrow, Bullit, Babboe, Johnny Loco,
Christiania, Nihola, Elian Cargobike, Brox, Ilse-bikes, Flevotrike, Fr8, Gazelle
Cabby, Vrijwiel, De Fietsfabriek, Vrachtfiets.nl and Long John. Also, the handy
supersized rain capes from SuperCape will be presented. Students of the HAN are
furthermore organizing a race to test the skills of carrier bike messengers and delivery
services.

The European Pro-E-Bike project, which focuses on stimulating the use of E-bikes,
will be launched during this event. The project is lead by the Croatian National
Energy Institute, and consists of partners from 10 European countries. The Dutch
management will be performed by Mobycon, a consultancy company. The city of
Nijmegen as well as several entrepreneurs from Nijmegen are also involved in the
project. Several members from different countries of the European Cycle Logistics
Federation will attend the event.

The event BakfietsTreffen is organized at Cultuurspinnerij de Vasim, Winselingseweg
41 on Sunday 7 april 2013 from 1PM to 5PM. A part of the revenues from the event
will be donated to the project Bike4Work from CooP-Africa.